Today, Rhio and Leigh interview the owners of an up and coming vegan restaurant that is resonating with the people of Harlem. The Seasoned Vegan located at 113th St. and St. Nicholas Avenue is the brainchild of Brenda Beener supported by her son, Aaron. Brenda admits she is the dreamer and creator and that her son helps to ground her into the realities of running a restaurant. Tune in to hear how these two got together to create this charming and welcoming restaurant providing healthy food options, including many choices for raw food enthusiasts. 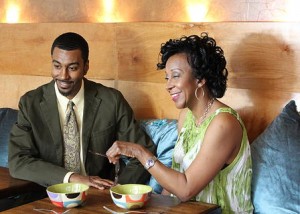 Many people mistakenly believe that you can’t build muscles on a  raw vegan diet. Our guest today, Ramona Cadogan, is here to prove them wrong. An olympic weight lifter, Ramona is a personal trainer in and around the NY City area, but also trains via the worldwide web. Ramona is a young lady of many skills, among them raw vegan chef, pilates teacher, tutoring in science and other subjects, coaching families to improve their diets and fitness levels. Tune in to learn how to build muscle on the raw vegan diet… and ladies, you won’t build bulk, you’ll just have definition. And for the guys that want bulk, it is attainable. 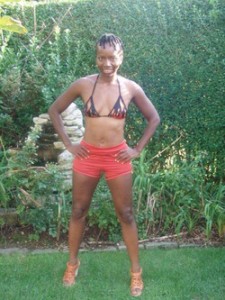 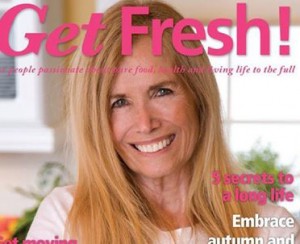 This show is about some dear friends of ours who came to visit last Summer, and suddenly became interested in living a healthier lifestyle, juicing and eating raw food. It seems the time was right for them to make some changes when they felt like they were getting old and life and energy was slipping away. Also, the story of 80-something Mr. Waldo, sent home from the hospital sicker than when he arrived, and told there was nothing else they could do for him. Learn what happens when as a last resort, he is put on fresh, live, organic juices. And lastly, Rhio singing in a soon to-be-released movie. 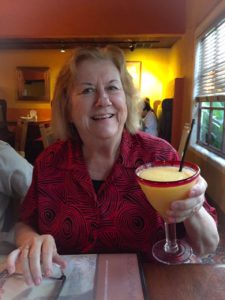 Why is grass so good for you? And, I don’t mean marijuana, but the grass that cows eat which fully nourishes them. In this interview John Hartman, CEO of OceanGrown explains how each edible plant picks up from a fully fertile soil certain mineral elements of the 90 available, and that grass picks up all 90. Tune in to hear what happened when John started drinking wheatgrass nourished with Ocean Solution. Amazing!! 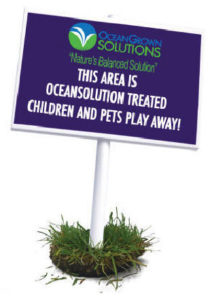 The Natural Living Film Festival, is taking place this week, Thursday, Oct. 17 through Sunday, Oct. 20, 2013. See some excellent films for FREE at the Maysles Cinema in Harlem, NYC. Our Guest: The curator, Yvonne Stafford. I (Rhio) will lead a forum on Saturday after the film Vegucated, and this to be followed by a raw/living food preparation class with moi, and two other excellent raw food chefs 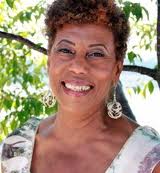 Our guest today is the author of several healthy eating recipe books, including Delights of the Garden, and Vegetarian Soul Food Cookbook. He also bought and renovated the oldest soul food restaurant in the US, the Florida Avenue Grill in Washington, DC, and is poised to introduce, in addition to their regular menu, a whole food plant-based menu with some raw food choices. Whoopee doo!! 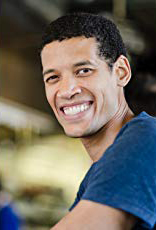 Our guest in the studio today is Robert Dagger, owner of High Vibe Health and Healing, a store in the East Village of NYC that sells food, supplements and other products for the raw/live food community. 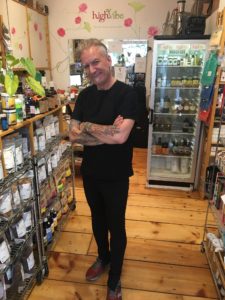 We are winding up our visit at the Ann Wigmore Natural Health Institute of Puerto Rico today. The co-director here, and one of our favorite people, Leola Brooks, agreed to an interview. Listening to this, you will get a feel for the graciousness, love and humility of this wonderful woman who truly represents what the Ann Wigmore Institute is all about. 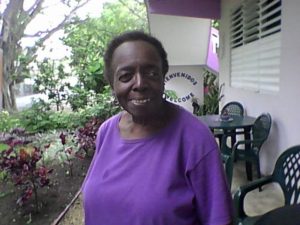 Hooked on Raw with Rhio

Rhio interviews some of the guests and staff at the Ann Wigmore Natural Health Institute of PR. 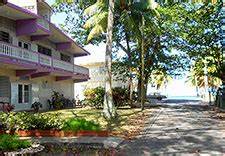 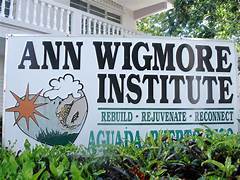