Rhio and Leigh interview Brenda Cobb, author of The Living Foods Lifestyle and founder/director of The Living Foods Institute in Atlanta, GA. Brenda was diagnosed with breast and cervical cancer and was told by her doctor that she would need to have chemotherapy, radiation and surgery. Having already experienced the poor results from these protocols with her mother and other relatives, Brenda refused. She subsequently healed herself of these diseases by following the raw/live food diet and lifestyle. When she returned to her doctor six months later and was retested, he became so impressed with her results that he became a 100% raw foodist. 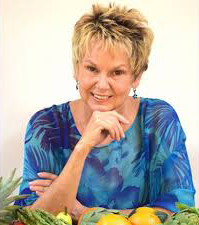